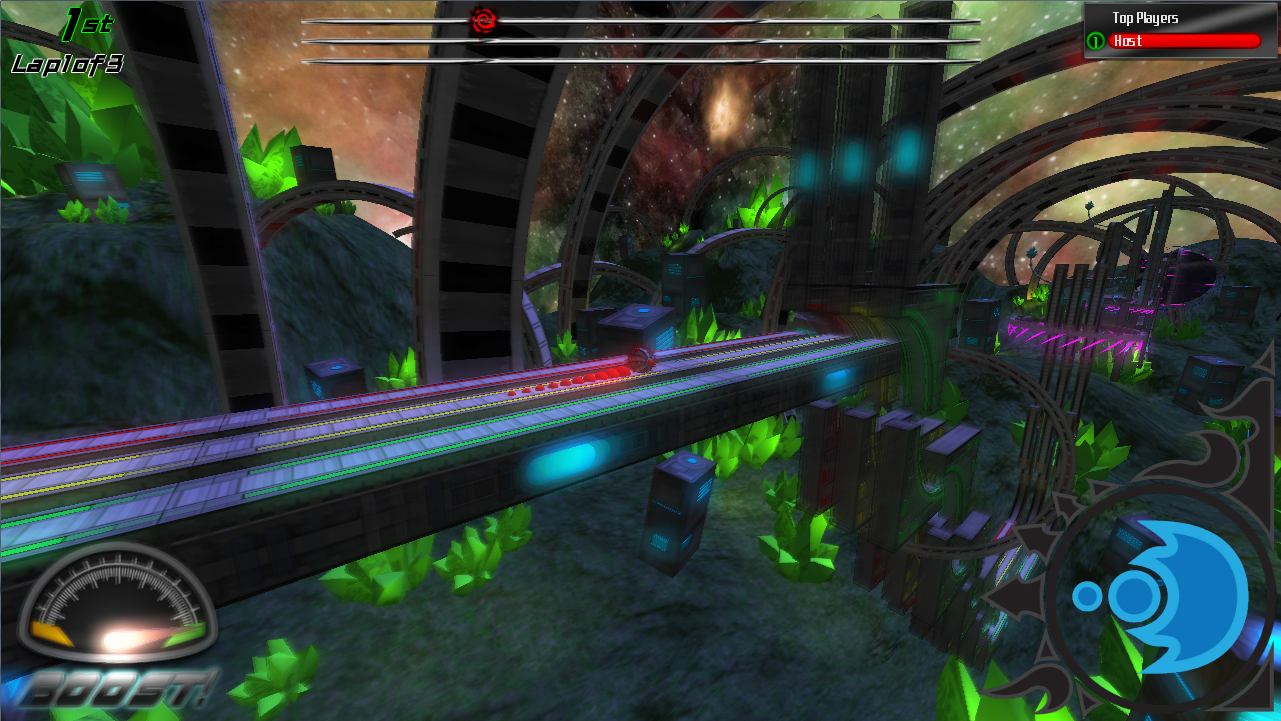 Play as an Armadyne, an armadillo/porcupine hybrid, and race to victory! Use your hardened shell to race at insane speeds, then use your spikes to scale walls! Collect power-ups to disadvantage your opponents and win!